A Brief Presentation on the Oriental and Occidental Perspective of Justice - Prof. Dr. Muin-ud-Din Ahmad Khan 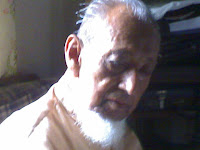 In the West justice is dispensed according to the law. Both ‘law’ and ‘justice’ in the West are concepts and ideas and are, as a rule, more or less fixed ideas. Hence the judgment elicited from the law are often too harsh or too soft, especially because the laws are enacted by an interested faction of the a party or parties in power to suit their ideals or convenience which may not fully tally with the changing space-time and personal circumstances. As a consequence from a wholesome view in such lopsided enactment of fixed law, there invariably remain many gaps and loopholes, which beget ambiguities.

Moreover, Platonic declension of the meaning of justice from rendering every body his or her ‘due’ which implies ‘birth right’—to giving one one’s enacted ‘legal right’ (as we have explained in a previous paper): which amongst to denying the natural ‘due right’ and imposing artificial ‘legal right’ by the Majestic will of a sovereign king or emperor or national assembly in the form of carefully formulated laws by learned legal experts and over and above that, as and when those laws are codified after the model of Justinian Code or Nepolianic Code, the laws being the tools of justice, become highly professional, hardly understandable to the general people for whose welfare these are enacted.

In the Western historical process, the adoption of Platonic declension of the meaning of justice by the Roman emperors and their adoption of an artificial and dead language of Latin as the Roman Imperial Court Language, made direct communication between the judges and the plaintiff and litigant (complainant and defendant) practically impossible. To facilitate the legal communication between them the legal usage of installing the mediating pleaders on both sides of the plaintiff and litigant gradually emerged. As we have noticed in our first discourse that in Roman times the pleaders were highly specialized professional lawyers who pleaded the cases of the complainant and defendants, as one against the other, in chaste legal terms before the judges and thereafter placed the judgement in plain language before their respective clients. This usage was doggedly followed by the medieval and modern West employing the professional advocates and barristers as well as now defunct Indo-British Ukil and Mukhtear to do the selfsame functions of the pleaders.

Obviously in such Court proceedings law becomes predominant over life, demanding adjustment of life to the requirement of the law. It smacks of a philosophy of  ‘life for the law’ as diametrically opposed to the combined Eastern commitment to ‘law is for life’.

Can’t it be argued then that, if you believe in ‘human right’ as a gift of law (enacted by the human sovereign), then law becomes the regulatory principle of human life including human rights; but if you believe in ‘human rights’ as due to him by virtue of his birth as a human being as a gift of Nature and as a gift of Creator Allah, then law becomes purported to the welfare of human life including human rights? Here lies a gaping cleft between the West and the East. To the West, life is for law and to the East law is for life.  It brings us back once again to the difference of ‘right ‘ and ‘due’ which widely divides also the intellectual hue between the Modern Western Christianity and Modern Islam, the West advocating modification of the activities of life to conform to the Law whereas the East demanding modification of Law for promoting the welfare of life.

The gaps and loopholes of the Western law can be illustrated with an amiable humor by the legal demand of Portia to the plaintiff Shylock, in Shakespeare’s Merchant of Venice, to take a pound of flesh from the chest of Antonio as per legal contract of penalty between them, on the expiry of the date of the repayment of the debt, but she demanded not to shed a drop of blood which was not provided in the contract, that restrained Shylock from perpetrating his vengeful design. Here activities of life are modified by the demand for the conformity to the law.

In another brand of humor, it is said that in the Western Law Courts the judge is a cipher whose honorable ears are being taken possession of by the two sets of pleaders, one representing the plaintiff and the other representing the defendant and whosoever party succeeds in tilting his face towards it, that party wins the case.

In the East, on the other hand, justice is not a fixed idea or a mere concept. In Hinduism, Buddhism and Islam justice or ‘bichar’ is a processual verbal noun and calls for a processual operation. In Aryan Sanskrit representing both Hinduism and Buddhism, justice is called ‘bichar’ meaning ‘judging’ and it is modified by the adverb ‘nyaya’ meaning justly, that is, justly judging. The same is also in Bangla language. It is called nyaybichar in conjugated term, which also means ‘justly judging’, that is nyayata bichar, in Sanskrit terminology.

In Islam, Justice is called adl and the function of judging is called hakm. The Holy Quran says ‘idha hakamtum baynan-nasi an tahkumu bi’l –adl’, whenever you judge between the people judge with justice (Surah Nisa; ). The Quran further commands, while, judging “to restore the due trust to its owner”, which is justice and Holy Prophet Muhammad (SAW) defines justice as “to render the due right to its owner”. This is in complete conformity with the Bible, which seems to have been quoted by Plato in his exposition of the meaning of justice in his Republic.
download full text
at 10:15 AM