The meaning and concept of philosophy in Islam- Seyyed Hossein Nasr 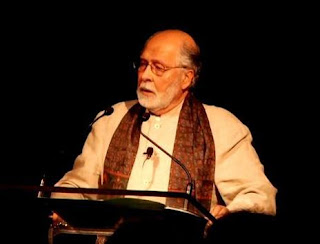 In the light of the Qur'an and Hadith in both of which the term hikmah has been used,1 Muslim authorities belonging to different schools of thought have sought over the ages to define the meaning of hikmah as well as falsafah, a term which entered Arabic through the Greek translations of the second/eighth and third/ninth centuries. On the one hand what is called philosophy in English must be sought in the context of Islamic civilization not only in the various schools of Islamic philosophy but also in schools bearing other names, especially kalam, ma`rifah, usul al-fiqh as well as the awa'il sciences, not to speak of such subjects as grammar and history which developed particular branches of philosophy. On the other hand each school of thought sought to define what is meant by hikmah or falsafah according to its own perspective and this question has remained an important concern of various schools of Islamic thought especially as far as the schools of Islamic philosophy are concerned.
Read more »
at 5:26 AM No comments:

THE MISHKÂT AL-ANWAR[1] is a work of extreme interest from the viewpoint of al-Ghazzâlî's inner life and esoteric thought. The glimpses it gives of that life and thought are remarkably, perhaps uniquely, intimate. It begins where his autobiographical Al-Munqidh min al-Dalâl leaves off. Its esotericism excited the curiosity and even the suspicion of Muslim thinkers from the first, and we have deeply interesting allusions to it in Ibn Tufaill and Ibn Rushd, the celebrated philosophers of Western Islam, who flourished within the century after al-Ghazzâlî's death in 1111 (A.H. 505)--a fact which, again, increases its importance and interest for us. It was printed in Cairo (matba`at as Sidq, A. H. 1322), to which edition the references in the present work are made. There is another edition in a collection of five opuscules of Ghazzâlî under the title of the first of the five, Faisal al-Tafriqa.


Much ink has spent both by the Muslims and non-Muslim scholars, particularly sociologist. Islamists, political scientists, dealing with the question of relation between Religion and politics. The traditional, or pre-modern, relationship between religion and politics was one in which the two were closely integrated, one with the other religious beliefs and practices entered into the heart of political process, supporting and sustaining the exercise of power. Political concerns also, on the other hand extended throughout the religious sphere. The two formed, in effect, one co-terminus set of beliefs and actions it was a system in which social and political life was touched at virtually all points by religious consideration1. In that period Divine regulations govern economic behavior and ecclesial centers frequently wield extensive economic power. Above all, government is sacral. Religion and government, the two major society wide institutions of social control form on integrated religio-polical system2. This pattern applied to Buddhist, Hindu and Islamic societies. In the medieval West, it was a basic feature wherever the Roman Catholic Church was in ascendancy.
Read more »
at 1:55 AM No comments:

Knowledge as a Mode of Being: Mulla Sadra’s Theory of Knowledge: Hossein Sheykh Rezaee* and Mohammad Mansur Hashemi∗∗

Abstract:
Mulla Sadra’s (1571/2-1640) theory of knowledge is unique because, contrary to modern epistemology which is separate from ontology, it is a part of his ontological system and cannot be discussed in isolation. Rather than pure epistemology or ontology, Sadra has an ‘ontoepistemology’, according to which truth and being are two sides of the same coin. For this reason, this paper starts by explaining two of Sadra’s ontological doctrines: ‘the primacy of being’ and ‘the gradation of being’, both dealing with ‘being’, which is the cornerstone of Sadra’s system. After that, Sadra’s ontological definition of knowledge is explored. According to this definition, knowledge is a mode of (immaterial) being and is identical with presence.

The field of dialectical reasoning in constructing theory and deriving epistemology surrounding the theory construction is examined. A stark difference is found to exist between the dialectical legacy of the Occidental philosophy of science and what Islam has to offer in this area on analytical grounds. This difference and the emergent analytical perspectives are studied in reference to the literature and in the light of the Islamic and contrasting epistemologies and ontologies of socio-scientific problems. Indicative applications are presented in the areas of for socioeconomic development and neurocybernetics as a new field.

Scientific formalism in the natural and social sciences depends on the dialectical methodology of some kind to explain the dynamics inherent in the problem under study. By definition, dialectics means the recursive process of interaction between entities, shown either as variables or agency. Such interactions first arise from power and conflicts, which then move into synthesis by the convergence of power and its enforcement. The process from thesis to synthesis is described as an unending terrain of continuity, so that the dialectical system in this sense is governed and shaped by continuous conflicts and power between the entities and agencies.